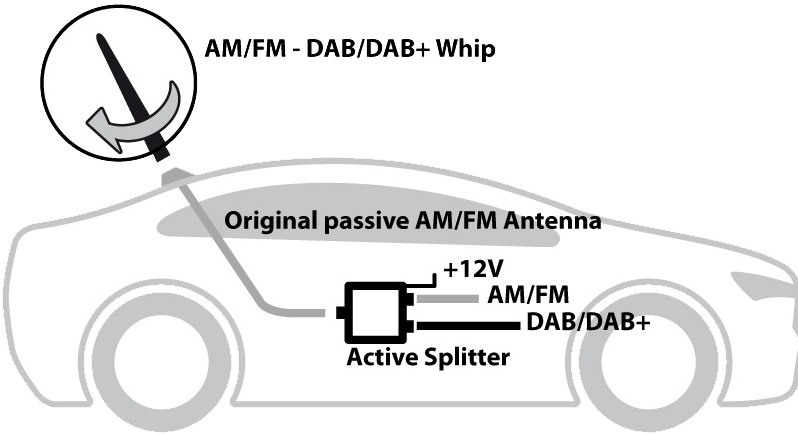 The DAB standard was initiated as a European research project in the 1980s.[1] The Norwegian Broadcasting Corporation (NRK) launched the first DAB channel in the world on 1 June 1995 (NRK Klassisk),[2] and the BBC and Swedish Radio (SR) launched their first DAB digital radio broadcasts in September 1995. DAB receivers have been available in many countries since the end of the 1990s.

DAB may offer more radio programmes over a specific spectrum than analogue FM radio. DAB is more robust with regard to noise and multipath fading for mobile listening,[3] since DAB reception quality first degrades rapidly when the signal strength falls below a critical threshold, whereas FM reception quality degrades slowly with the decreasing signal.

Audio quality varies depending on the bitrate used and audio material. Most stations use a bit rate of 128 kbit/s or less with the MP2 audio codec, which requires 160 kbit/s to achieve perceived FM quality. 128 kbit/s gives better dynamic range or signal-to-noise ratio than FM radio, but a more smeared stereo image, and an upper cut-off frequency of 14 kHz, corresponding to 15 kHz of FM radio.[4] However, “CD quality” sound with MP2 is possible “with 256…192 kbps”.[5]

An upgraded version of the system was released in February 2007, which is called DAB+. DAB is not forward compatible with DAB+, which means that DAB-only receivers are not able to receive DAB+ broadcasts.[6] However, broadcasters can mix DAB and DAB+ programs inside the same transmission and so make a progressive transition to DAB+. DAB+ is approximately twice as efficient as DAB, and more robust.

In spectrum management, the bands that are allocated for public DAB services, are abbreviated with T-DAB, where the “T” stands for terrestrial.